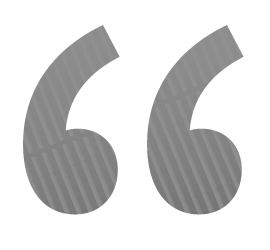 An impression of musicality which is very pleasant, indeed… a convincing sense of an overall mood… knows what he wants … sure of what he’s doing.

The San Francisco Chronicle
On Initiation

“The work (Event Horizon) opens with unsettling and eerie string writing against brass. It has a serial feel and is the most atonal of the pieces on the album (think some of Goldsmith’s Alien score).”

“Bruce Babcock’s tonal and engaging The Present Moment opens the disc.  A motivic idea is used as a unifying factor to provide a moment of reflection and commentary before it moves into a new expression and development in this 12-minute work.  A beautiful thematic line is featured in the beginning with an exciting more rhythmical idea to provide structural interest to this often-gentle work.”

STEVEN A. KENNEDY, CINEMUSICAL
On The Present Moment

“This release has been a revelation, especially with such exhilarating performances. Bruce Babcock’s Watcher of the Sky (2018) is a bracing, if brief suite celebrating the sesquicentennial of astronomer George Ellery Hale, with whom the composer’s grandfather worked. The four movements mark key events in his career, culminating in ‘Palomar’, the site of Hale’s great 200-inch reflecting telescope.”

GUY RICKARDS, GRAMOPHONE
On Watcher Of The Sky

THE LOS ANGELES TIMES
On Soliloquy

“Soliloquy soars and flutters, at once insistent and inquisitive.”

“Babcock has a unique and very pleasant voice.”

“Mr. Babcock’s Pacific Serenades Trio (for clarinet, viola and piano, 2003) featured a multitude of original ideas matched by a keen sensitivity to the color and character of his chosen instruments. Listeners rejoiced in the perky, quirky spirit of this superbly crafted piece.”

“Bruce Babcock, another impressive composer featured here (Evolutionary Spirits – The Crossing) , is known for his expressive and vibrant sound . . . Surprisingly, his composition is called Be Still and it reflects on the meditative nature of music listening . . . whilst only eight words from the psalm (Psalm 46.10) are used.”

“Bruce Babcock is knowledgeable, studied, and in command of his art. He is an exceptional composer, orchestrator and arranger.”

“It was an Argentinian poet that said, ‘Genius is the one who knows how to select his influences.’ You have very well selected your influences.”

“I hear a bit of the Viennese in that boy, and I refer of course to both the First and Second Viennese Schools.”

“I am enormously grateful for your work on “Murder, She Wrote” and feel it made an enormous difference to so many of our shows.”

“Event Horizon is wonderful…a terrific sense of the orchestra.”

Bruce, this (Event Horizon) is spectacular! Transcendent, and your use of the orchestra is unparalleled.

“WOW! Just loved this (“irrational exuberance”), Bruce! And “Send Me Anywhere” is absolutely gorgeous – I’d love to hear this live.”

“First of all, great title! What a lovely piece of music—just beautiful, Bruce. So thematic, and it really has a great flow of ideas that all work together so well.”

“I love your piece. Nice to know that someone is out there still writing for the alto sax.”

“I loved the piece when I first heard it, and I love the piece with the fabulous video. Just perfect, all around.”

ALEX SHAPIRO
Composer, Symphonic & Concert writer member on the Board of Directors of ASCAP

“Stunning performance of a gripping piece.”

“Seriously, inventive, inspiring composition, and Gloria played the hell out of it.”

“This is phenomenal, and SUCH an important and timely piece.”