A New Review of Time and Again 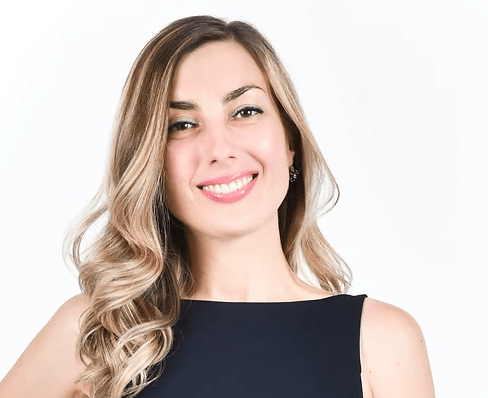 American composer Bruce Babcock’s Time and Again, a piano sonata in four movements, was composed during the COVID year 2020 for pianist Anna Kislitsyna, and is included on her 2022 Navona Records release, Piano Spectrums: New Works for Piano.

In four movements, Disquietude, Tarantism, Resolve, and Post-Haste, Babcock’s sonata traces, with steely clarity of compositional function and narrative purpose, his take on the pandemic, examining four stages of humanity’s apprehension during that surreal year.

The first movement, Disquietude, begins with a sequence of powerfully dark, fearful premonition chords in the middle/low register of the instrument, immediately setting a warry vibe for the movement’s manic narrative – a dawning emotional awareness in the music, of existential peril.

The tempo quickens by degrees, until a splintered new motive emerges with pointillist, emphatically marcato energy, the motive dancing grotesquely all over the keyboard. The ominous mood escalates, with a recap of sorts of the descending chords from the beginning of the piece, dolloped here and there throughout the movement with moments of otherworldly, vaporous stasis, a hovering, gossamer twilight that appears briefly several times. Dark apprehension prevails, however, in the last bars of the movement.

The second movement, Tarantism, is wonderfully written and marvelously accessible, despite the grotesque truths of Babcock’s lesson on the meaning of the dance form, Tarantella. During the Age of Exploration (15th to 17th centuries) the great minds of the time developed an utterly baseless theory that a psychological illness causing an extreme impulse to dance, was the result of a tarantula bite. Babcock wrings compositional irony from this, turning the ancient falsehood about tarantulas into a metaphor for the nervous, planet-wide hysteria over COVID causes and cures during the pandemic. The movement’s introductory material is electrically energetic and rhythmically punchy, a persuasive motivic argument that stands strong, despite a calmer, more reasoned secondary solution, offered, then quickly chased out of the conversation. Tarantism takes charge of the metaphorical argument once again, and with a final flurry of notes and musical imagery suggesting a rapping of knuckles on wood, ends the debate.

Resolve, the third movement, is a pianistic delicacy, the fragile yet resiliently optimistic musical calm before a final storm. Simple yet mindful progressions, gentle colors, a whispering, languid and improvisatory temperament, promise resolution and survival, joy, and peace. A short-lived fantasy.

From its first emphatic bars, the fourth movement, Post-Haste, is a sonic malevolence, suffocating the space around its controlling octave motives with desperately manic fidgets, which in turn metastasize into ominous pianistic portents. The movement ends in a cascade of sequences that finally escalate the frenzy to nearly unbearable intensity, swallowed at last in a turbid pianistic slam-dunk. Stunning.