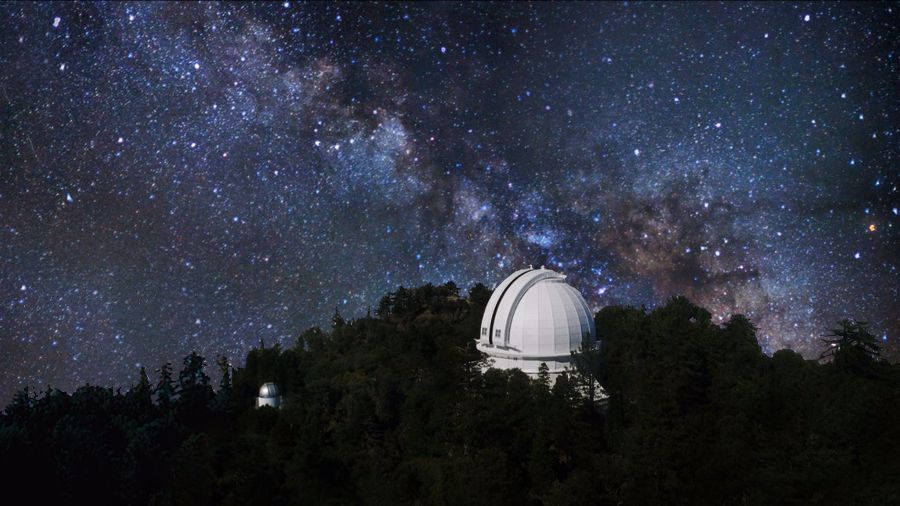 Dear Friends, Family, and Colleagues,
Watcher of the Sky, a string quartet commissioned by the Mount Wilson Institute in celebration of the 2018 sesquicentennial of the birth of astronomer George Ellery Hale has been released on an album recorded by the Sirius Quartet. 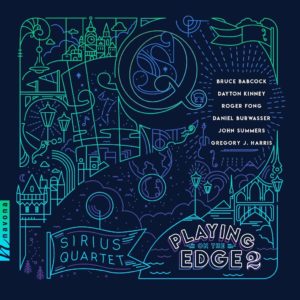 to accompany the recording. 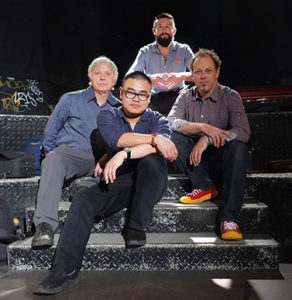 The album can be purchased here: 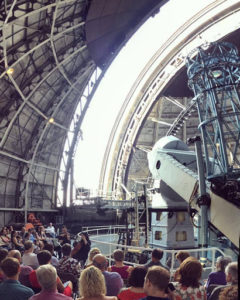 The concert audience inside the 100-inch dome

People have been asking me (well, one person has), why were you chosen to compose a piece in celebration of the sesquicentennial of the birth of astronomer George Ellery Hale? And who was Hale? George Hale, born in 1868, founded Kenwood, Yerkes, Mount Wilson and Mount Palomar Observatories. He also built the largest telescope in the world four times – the 40-inch refractor at Yerkes, the 60-inch and 100-inch at Mount Wilson, and the 200-inch at Mount Palomar, among many other achievements.

(To learn more, check out the documentary film The Journey to Palomar by Todd and Robin Mason.)

My family has been connected to George Hale and his legacy since 1893. In 1893, at age eleven, my grandfather Harold Delos Babcock attended the Columbian Exposition of 1893, also known as the Chicago World’s Fair. There he saw the then world’s largest telescope, the 40-inch refractor, built by Hale, then 25. In 1909, Harold was hired by Hale to join the staff at Mount Wilson Observatory near Pasadena, which was founded in 1904. Harold remained on the staff for 40 years. He then continued his observations of the sun at the Hale Solar Lab, Hale’s private solar observatory in San Marino, for another 15 years. During World War One, Harold performed defense work for the National Research Council, for which Hale served as chairman of the organizing committee and first chairman of the council itself.

My father, Horace Welcome Babcock, graduated from Caltech (founded by Hale) and earned his doctorate at UC Berkley. My parents met while Horace was working at Yerkes Observatory, the home of the 40-inch refractor Harold had first seen in 1893. Horace joined the staff of Mount Wilson in 1946. He became Director of the Carnegie Observatories in 1964 and remained so until his retirement in 1978. As early as 1903 Hale had begun to anticipate the creation of a major observatory in the Southern hemisphere. Under my father’s direction, the Carnegie Observatories established the Las Campanas Observatory in the southern Atacama Desert of Chile in 1969.