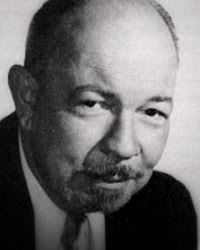 One must be of a certain age to remember Hugo Friedhofer, but not to know his music. I was very fortunate to have had the opportunity to study privately with Hugo for two years in the early 1970s. May 17, 2006, marks the 25th anniversary of his death. In honor of this occasion, I was recently interviewed for a radio reminiscence on Hugo by Sara Fishko of NPR station WNYC in New York. A thirty-minute interview, not surprisingly, morphed into only a few sentences in a seven-minute piece. As a result, I decided to put together my own written tribute, to articulate the phenomenon of Hugo to those who did not have the pleasure of knowing him.

Hugo had a career in film music which predated the introduction of sound into motion pictures in 1927. This career, as a cellist in theater orchestras in San Francisco, was ended by the advent of talkies. Arriving in Hollywood in 1929, at the age of 27, at the request of a former San Francisco colleague working in the Fox music department, Hugo soon found himself in demand. He orchestrated most of Erich Wolfgang Korngold’s films, and more than fifty films for Max Steiner. In both cases, his ability to speak fluent German was responsible for his initial hiring.

It was Alfred Newman who recommended Hugo to Sam Goldwyn in 1937 for what became his first solo score, “The Adventures of Marco Polo.” Of “Marco Polo” Gene Lees wrote, “All the Friedhofer characteristics were already in place: the restraint, the perfect orchestral balance, the beauty of line, the sensitivity, and something that is indefinably but recognizably him.” Even after this success, Hugo remained primarily an orchestrator for some years. During the years 1937-1939, for example, Hugo’s orchestrations appeared in “Lost Horizon” for Dmitri Tiomkin, “The Prisoner of Zenda” for Newman, “The Adventures of Robin Hood” for Korngold, and “Gone With the Wind” for Steiner, along with twenty-one other films.

Between 1944-1958 Hugo earned nine Academy Award nominations for his scores for “The Woman in the Window,” “The Bishop’s Wife,” “Joan of Arc,” “Above and Beyond,” “Between Heaven and Hell,” “An Affair to Remember,” “Boy on a Dolphin,” “The Young Lions” and in 1946, “Best Years of Our Lives,” for which he won the Oscar. Hugo’s fellow nominees that year were Bernard Herrmann, Miklos Rozsa, William Walton, and Franz Waxman.

As work in films for Hugo became less frequent, longtime colleague Earle Hagen hired Hugo, then over 60, to alternate episodes with him on the groundbreaking television series “I Spy.” (I wonder how many current television composers would be willing to share their series with an Oscar- winning composer?) Earle referred to Hugo as “absolutely a master orchestrator. I don’t think there was a better orchestrator who ever lived.” Andre Previn, who once orchestrated for him, said of Hugo, “There was nothing about the orchestra he didn’t know.”

Among Hugo’s abilities was a virtual total recall of every bit of music he ever heard. As Earle said, “A lot of people were under the impression that Hugo was a slow writer. He wasn’t. He was an incredibly slow starter. Every time he put three notes on paper he knew where they came from.” Also among Hugo’s gifts was a dry and self-deprecating sense of humor. David Raksin once found Hugo strolling, preoccupied, through a studio back lot. Knowing Hugo was beginning work on “Joan of Arc,” David asked, “How is it going?” Hugo replied, “I’m just starting the barbecue.”

Hugo’s close friend David Raksin summed up Hugo this way: “I think he has a better understanding of film music than any composer I know of. He is the most learned of us all, the best schooled, and often the most subtle.” At the same time, David said, Hugo “would persist in judging his own work according to arcane criteria that would, if indiscriminately applied, sink just about everybody else in sight.” David once told Hugo, “You have managed to sustain a dark view of everything despite personal successes that might have tempted lesser men toward optimism” – and Hugo greatly enjoyed the remark.

At the age of 72, referring to self-criticism, Hugo wrote in a letter to Page Cook, “Without it, the composer, no matter how gifted, tends toward smugness and complacent self-satisfaction. Without the constant and vigilant surveillance of my critical censor, I could easily degenerate into a slovenly hack. It’s only the unending search for something new, something different from anything I’ve ever done before that keeps me young and ever curious.”

This curiosity drove Hugo to remain a perpetual student. He studied with Ernst Toch, a Viennese émigré who later won the Pulitzer Prize, for more than two years in the 1930s, and with Ernest Kanitz, yet another Viennese émigré, at USC from 1952-55. He attended seminars given by Arnold Schoenberg, and audited classes with Nadia Boulanger in Santa Barbara in 1944. Arthur Morton, a wonderful composer perhaps best known by many today as Jerry Goldsmith’s orchestrator, told me that Boulanger held Hugo in the highest regard. Speaking of Hugo, she told Arthur, “There is nothing I can teach this man about music.”

What was it about Hugo’s writing that made it so special? Lawrence Morton (Arthur’s brother, former director of the Monday Evening Concerts and frequent artistic director of the Ojai Festival) once wrote: “From the point of musical craft, the most satisfying quality of Friedhofer’s music is the integrity of its line. There is never an error of calculation in the movement of the bass. His inner voices, too, always speak in sentences complete in shape and content. The music always ‘plays’ and the instruments are never frustrated by an absence of meaningful phrases.” The resulting clarity, free of anything extraneous, defined the essence of Hugo’s music.

Hugo saw orchestration and composition as two inseparable sides of the same coin. His orchestrations always emphasized transparency. Even his larger orchestrations reflected a chamber-like clarity. As Hugo wrote to Page Cook in 1973, “I haven’t spent a lot of years immersed in Mozart, Mendelssohn, Mahler, Debussy and Ravel without having a little of the aforementioned gentlemen’s approach to the orchestra rub off on me.”

This sensibility developed early on for Hugo. His father was a cellist as, of course was Hugo, and he grew up in a home immersed in chamber music. Hugo himself was later known for hosting, over a period of decades, evenings of chamber music at his own home. Early on, the guest list included Ira Gershwin and Oscar Levant. I attended some of these later evenings in the 1970s, as well as similar evenings at the homes of composer Paul Glass and bassoonist Don Christlieb. Students like me had the opportunity to hear their music performed and recorded by some of Hollywood’s finest musicians, with running commentary from Hugo. Other evenings were devoted to the study of a single score, perhaps a Bach chorale or a Ravel piano piece. The Friedhofer wit was ever present. Among his quips was the suggestion that the perfect score for “The Hunchback of Notre Dame” would be “quasi-modal.”

Of film music itself, Hugo said, “It is my belief that the ideal film score is one which, while at all times maintaining its integrity of line, manages at the same time to coalesce with all the other film elements involved; sometimes as a frame, at other times as a sort of connective tissue, and in still other (although naturally rarer) instances, as the chief actor in the drama.” A brilliant example of an instance in which Hugo’s music became the “chief actor” in a film occurs in “Best Years.” The scene with Dana Andrews in the airplane graveyard is three minutes in length, with essentially no sound effects and no dialog, but the music speaks volumes. Hugo’s music takes us inside Andrews’ head as he relives his wartime experience, and immeasurably enhances the emotional stakes of the scene.

Hugo, in his famously self-deprecating way, said of himself, “I write ‘em as I see ‘em. When I walk into the studio, I’m not an artist so much as a plumber.” His peers, who revered him, knew better. Hank Mancini said, on the celebration of Hugo’s fiftieth year in Hollywood, “Hugo is the silent conscience of the film composer. An affirmative nod from the man is worth more than all the trinkets bestowed by the film industry.”

Originally published in the Fall, 2006 issue of THE SCORE, the quarterly publication of The Society of Composers & Lyricists.
——————————————————————
Grateful acknowledgment is due to the following sources: “Friends Along the Way,” by Gene Lees, “Did They Mention The Music,” by Henry Mancini & Gene Lees, “No Minor Chords,” by Andre Previn, “Music for the Movies,” by Tony Thomas, and “The Best Years of His Life,” edited by Linda Danly.